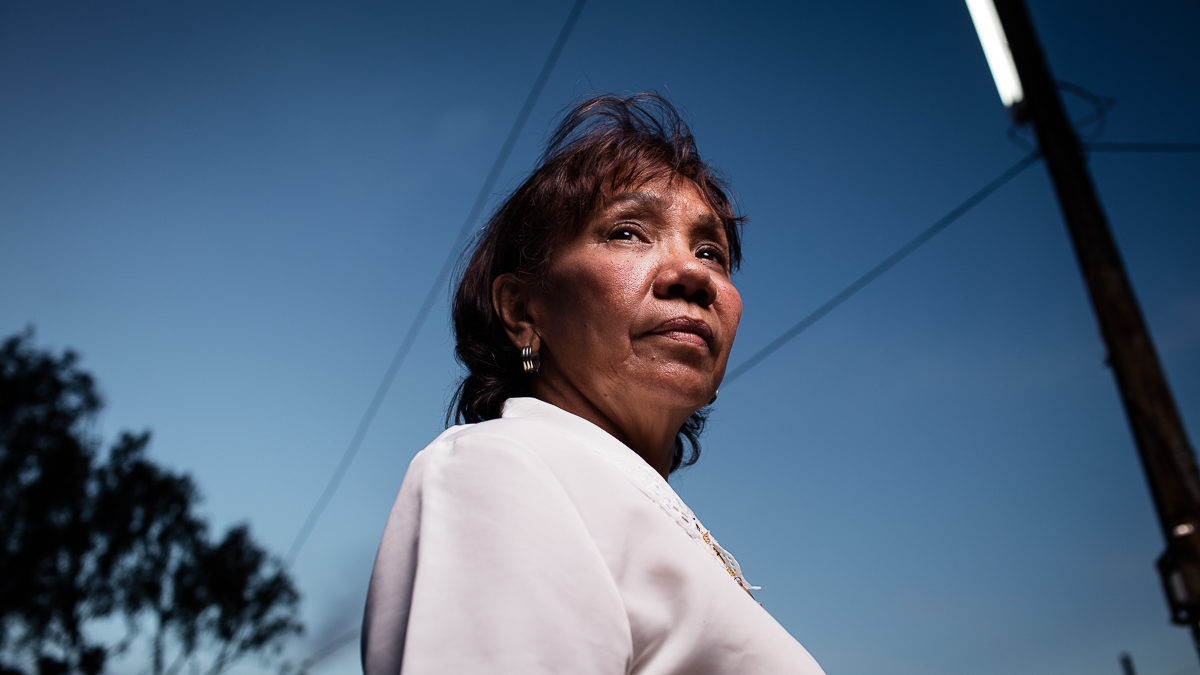 —Don’t come to the march. You should not be running, mommy.

“On May 18th, I don’t know why, I didn’t go with him. I said goodbye at the door, I blessed him and did the signal of the cross. He went to the hospital first, then to university and from there to the protest. Then he would go to work at Doral Shopping Mall. He told me not to go because he was coming back early. His aunt, my sister in law, who always goes to the marches, didn’t go either. I called him at a quarter past one to ask him if he was coming for lunch. He didn’t answer. Nothing had happened yet, but he didn’t answer the call.

My son’s friends call me mommy.

A little before four o’clock the doorbell rang. I had fallen asleep without praying the rosary with mother Francisca on channel 11, and my cellphone had run out of battery.

—Get dressed quick mommy! Paul needs blood. He was run over by a car.

I went insane. I got changed in the living room. If they had to take all my blood out, they should: all I cared about was Paul. While in the car I was hoping that they would. I hadn’t been told that my son was not alive yet. When I arrived at the hospital and I got in, the doctors didn’t say anything, they only hugged me.
I cursed. I screamed and screamed. I hit the chest one of the militias that guard the hospital.

I will never forget my son’s face in the stretcher.

I don’t know what came over me that day. Well, I do know: my son was there.

When they hugged me, they said: ‘I know what it feels like’.

To feel what I feel, you have to go through what I’m going through. It can only be explained by a mother whose child has been taken away from her. It has no comparison. The world ended.

Paul was a fencer, left-handed musician (kettledrums, box, güiro, guitar), scout, he was in the fifth year of medicine school. He repaired cellphones and sold them, he was up all night watching films, romantic, he liked long hair and had the name of his niece tattooed on his right arm: Catalina.

What didn’t my baby do?

I couldn’t tell his brother. His godfather did it. He was on time for the funeral and stayed nine days with me. He is gone.

On 8th May Paul published in his Instagram a photo where he is rescuing a child asphyxiated by tear gas from a nursery.

Carlos Javier (36), his brother, is a journalist and lives in Madrid.

—Each one in their fronts. This is yours.

I haven’t counted the days, I don’t know how many days it’s been. I only know that every day I miss him more. My house smells like Paul, everything is Paul. He slept with me after I separated from his father. His little brother, that’s how they called each other, moved to Spain a year ago. It was only he and I. He was going to graduate next year and he wanted to get a master’s degree in plastic surgery. I was going to get all done up, from head to toe. I was thinking of ring, gown and cap.

They told that that day he tried to protect two of his colleagues from @PrimerosAuxiliosLUZ.
They were seating on the divider of the avenue, having a rest, he got up with his arms up without knowing what was happening. A van ran him over. It went over him and dragged him. Nothing happened to his friends.

I wasn’t worried about him being a volunteer at the marches, because I went and watched him from afar. He hadn’t had a scratch.

The justice of men doesn’t work in this world, let’s be clear, but no one escaped divine justice.

—Son, are you leaving Venezuela when you graduate? Look at how things are. Don’t stay because
of me.

—Mommy, are you crazy? I am not leaving, we are both staying.

He stayed in Venezuela and I lost him.

Omar Barrios is the man who ran him over. I saw him the day they re-constructed the events. The didn’t ask me nor did they want me to show up. That it was too difficult for me. I waited from nine in the morning until six in the afternoon for the CICPC to arrive under the scorching sun. Without breakfast, lunch or dinner. They brought the van he drove. I told my lawyer I wanted to talk to him, that I wanted to tell him I pitied him. But she wouldn’t let me.

‘Lord give me peace, I need to be cam’, that’s how I gathered the strength to be there.
I heard when his girlfriend, Liz Mary Hernández, told him: ‘that’s the boy’s mom’. He we looked at me I told him:

—Look closely at my face, never forget my face.

He couldn’t face me and looked down.

I also put myself in his mother’s shoes.

The Armed Forces Avenue has been renamed Paul René Moreno Camacho. He was 24 years old and I think he’s victim number 54. How many mothers are suffering today watching their sons leave?

Tyron, the pitbull, stopped barking. Dogs know when something is going on. I washed Paul’s clothes from the hospital and hung them to dry in the patio. The dog went crazy. That broke my heart.

Paul’s bedroom is still locked. The key is still inside”.